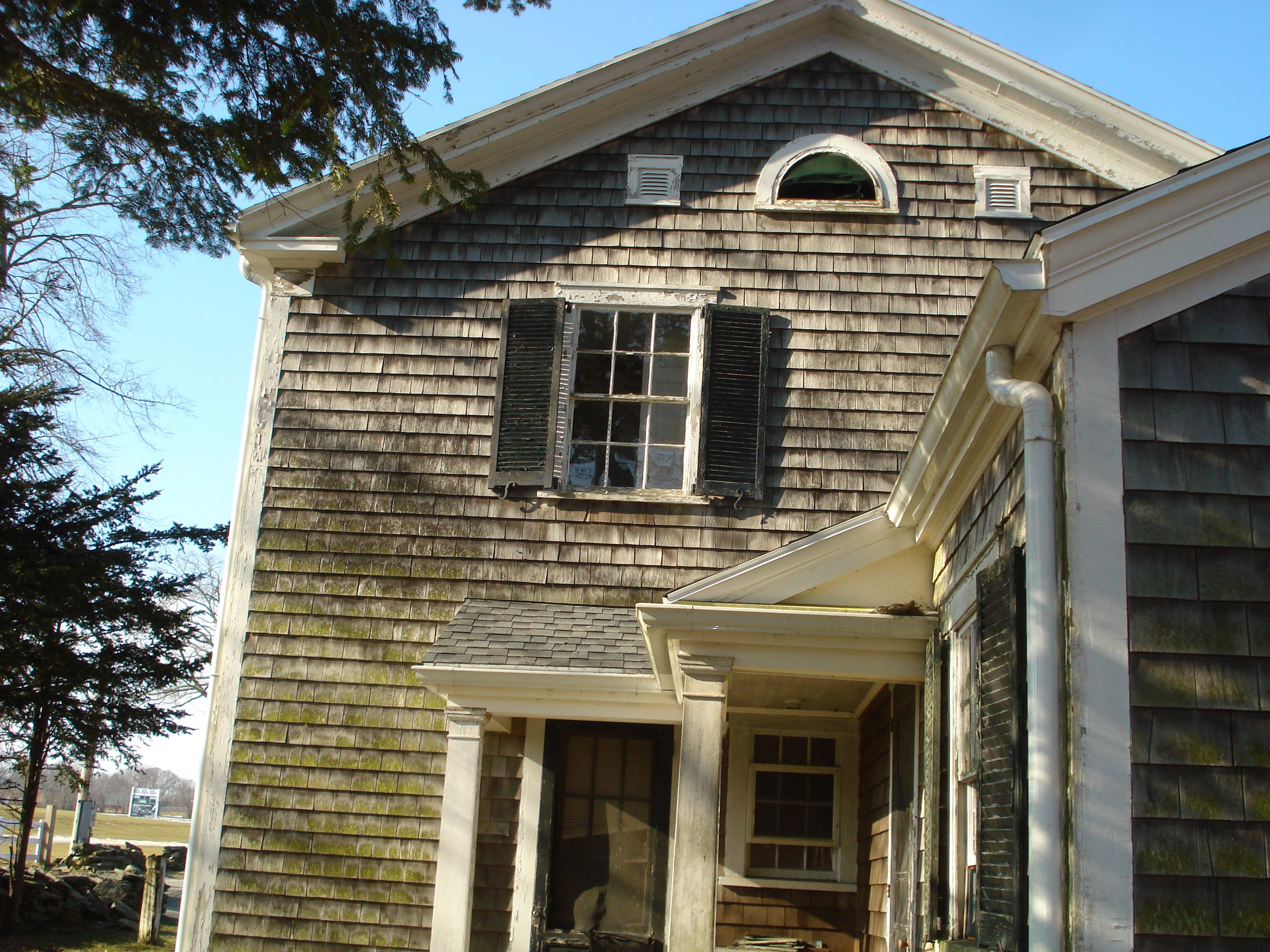 History of the "Phelps" Property

In the mid 1880s Henry A. Taylor, dissatisfied with Newport as a summer retreat, began acquiring property around the nearby "Glen" area of Portsmouth to establish a "gentleman's farm," or country estate. Eventually his properties, by then named Glen Farm, grew to 1500 acres. By the 1960s the farm had changed tremendously. The Glen Manor House had been sold and incorporated into a private preparatory school for girls, Elmhurst Academy. Other portions of Glen Farm had also been sold for private development and the remaining portion of the farm was being operated by Taylor family member, Mason Phelps, as an equestrian center. Under Phelps, a member of the U.S. Olympic equestrian team, the farm hosted the International Jumping Derby each summer, one of the sporting and social highlights of the Newport summer season.

Purchase of the Phelps Land - In 1988 the town learned that Mason Phelps had decided to sell his portion of Glen Farm. The success of the town's 1973 purchase of the Elmhurst Academy property and Manor House, coupled with a renewed appreciation of the virtues of open space and a general concern over the pace of development in Portsmouth, led to vigorous debate about the possible purchase by the town of the Phelps land. In 1989 the town held a special election to decide the matter and the referendum authorizing the purchase for $3.6 million passed by a three to one margin.

Association with the Red Cross - The term “Red Cross House” has also been used in reference to the house.   According to research done by Gloria Schmidt of the Portsmouth Historical Society; "this superintendent’s house was used for Red Cross purposes during World War II.  The women of Glen Farm met on the weekends as a chapter of the Red Cross - remember that Edith Taylor Nicholson was the President of the Portsmouth Red Cross.  They rolled bandages, worked on handwork projects, etc. I interviewed Nan Waters who was raised in that house — she proudly showed me her Red Cross pin and talked about how important this work was to the Glen family women.  I know that the Taylor family called it Red Cross House. I know the Camara family called it Red Cross House.  Although I do not think the house was headquarters of the Red Cross, it was used weekly for Red Cross meetings during World War II.  An undated article by Gardner Dunton, provided by the Portsmouth Historical Society, says; “ threat of air raids in Rhode Island has brought about many transformations, but none more bizarre as that at Glen Farm, Portsmouth, where an equine maternity hospital has been converted into a modern casualty station complete with operating room.”   “…  When Portsmouth CD organized last year, one of its first problems was getting a place in which to care for possible wounded, for the town has no hospital. The Portsmouth Priory School has an infirmary which serves the west side of the town. But, what about the east side? Mrs. G. J. Guthrie Nicholson, owner of Glen Farm and Chairman of the Portsmouth Red Cross furnished the answer. She had already converted a cottage to serve as Red Cross Headquarters.”

Arthur Daniel Howell was superintendent of the Glen Farm Estate for 46 years from 1927 until his death in 1973. He resided in the Superintendent's House at the end of Linden Lane on the Glen Farm Estate. He was married to Jeannie Coggeshall Howell. He was a Navy veteran of WWI, a member of St. Mary's Episcopal Church, the Portsmouth Grange, and the Eureka Lodge of Masons in Portsmouth. Howell was born in Dividing Springs, NJ, the son of Frank and Olive Homan Howell. He had one son, Arthur D. Howell, Jr. and one daughter, Nannie F. Waters.  He also had four sisters, Florence Howell, Bertha Howell and Winifred Howell of Tiverton and Evelyn White of Hull, MA. and three grandchildren. (Newport Mercury, 02 Feb 1973)

In June 2019, the Town Council resolved to make the official name of the house the "Arthur Daniel Howell House"

The town has entered into a long-term agreement with a private concessionaire who intends to rehabilitate the house to its mid-century glory and turn it into a "Bed & Breakfast" for many people to enjoy.